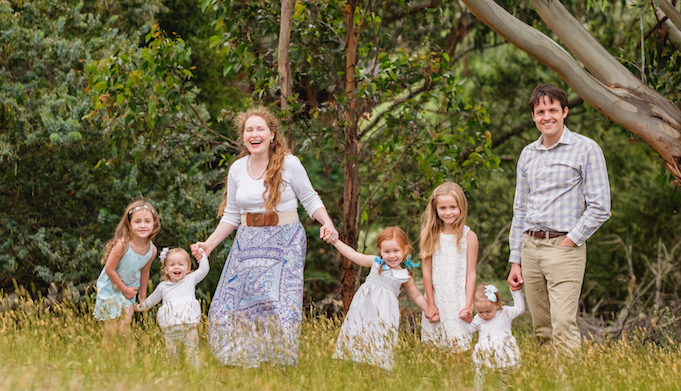 Peirce + Christina met in 2005, they were married in 2007 and have since been blessed with a large family. From a shared vision and through a gift from Christina's parents, Peirce + Christina purchased a block of land in the green hills of Tasmania's Huon Valley and gathered the group who became the Pilgrim Hill Association.

Peirce grew up in big cities across the US, in a home that was a centre of hospitality, with frequent, diverse visitors. As a teen, Peirce keenly felt the need to share the love of Jesus with post-Christians. He served during Uni at two Christian hostels: Shelter City Amsterdam and an Agape hostel on the Camino de Santiago, La Fuente del Peregrino. The model won Peirce over — Christians working together to welcome people into discipliship with Jesus through hospitality.

After years juggling other jobs, Peirce is grateful to God to serve with Pilgrim Hill full time. A position with FOCUS (an AFES international student ministry), commercial hospitality experience, and a love of diverse cultures played central roles in God preparing Peirce for his present work. 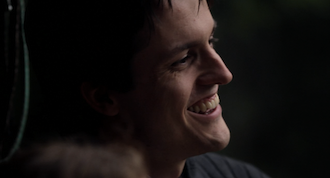 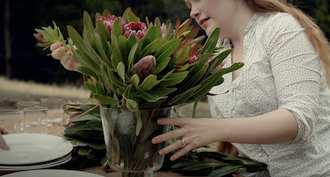 Christina grew up with parents in ministry, living in often-remote places around Australia, without easy access to Christian community. Her father taught her to examine the world's beliefs from a biblical perspective and her mother modelled home-based entrepreneurship and care-giving.

Over the years, Christina followed her skills in music to develop a career as a classically trained harpist, composer, and singer. She has produced six albums and performed concerts throughout Australia, Europe, and North America. She has also run studios around Tasmania to teach harp students of all ages. Christina is excited about hospitality as a means of re-defining the home as a centre of disciple-making, learning, artistry, and economic endeavour.